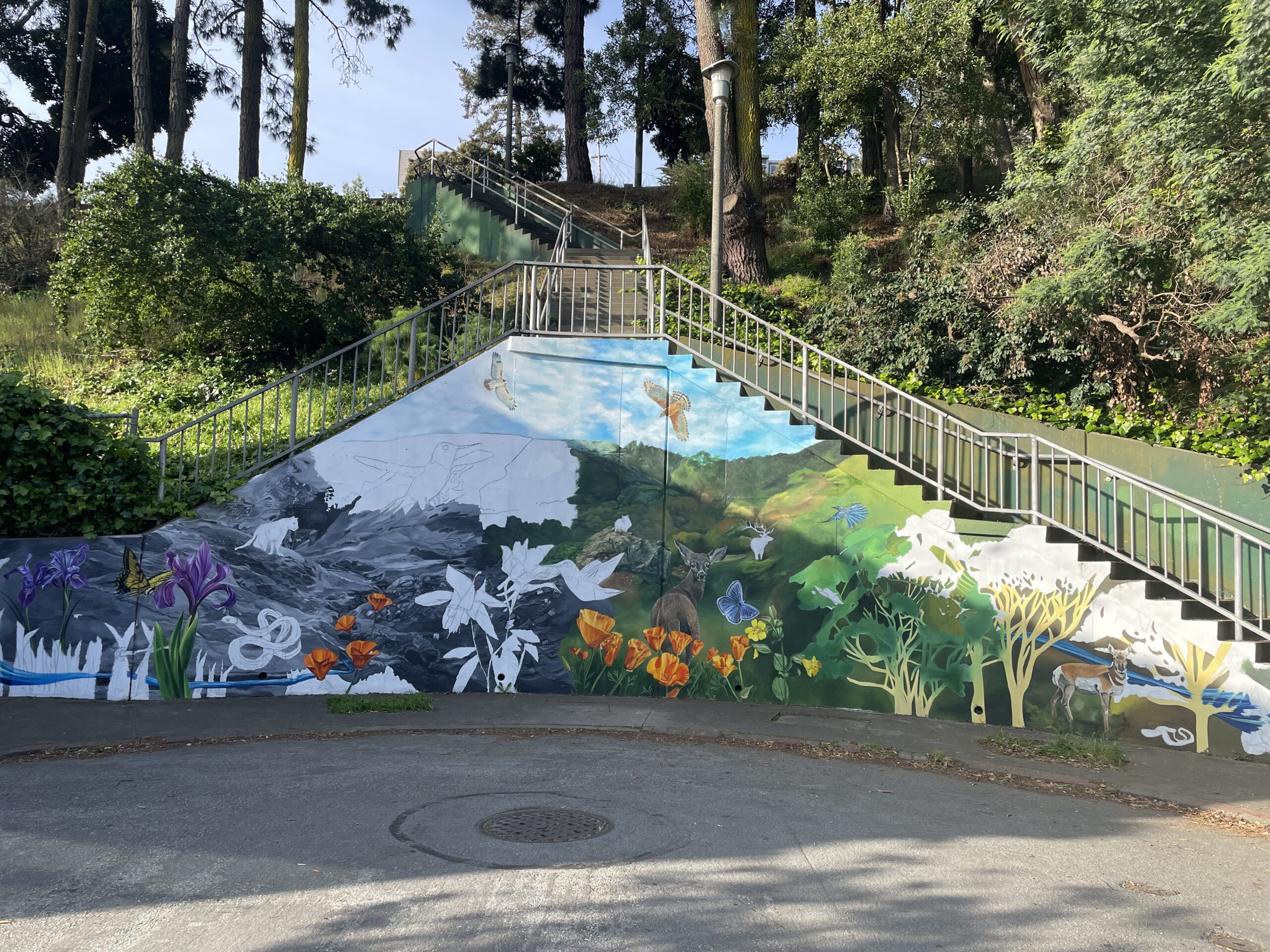 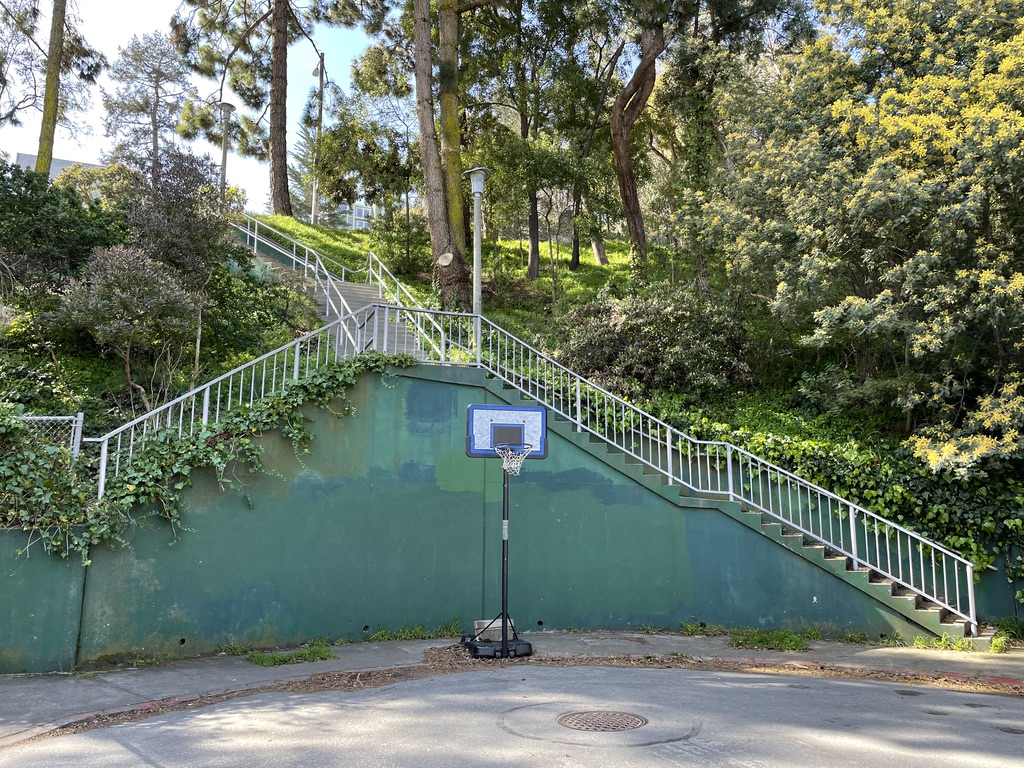 Burnside Mural+ is a resident-led initiative to create a visual representation of the colorful history of Glen Park that will include both a large mural and a tiled stairway.  The location connects both to the Glen Park Greenway and San Francisco’s Crosstown Trial.  It is where walkers, many of whom are heading to Glen Canyon, can take a moment to treat their eyes to the history of Glen Park.

The wall and tiled stairway will depict stories of the neighborhood, from the days when the canyon was home to a dynamite factory (it blew up!) and even had a popular zoo and amusement park with a bear pit, seal pond, and acrobatic aeronauts. The tiled stairway will highlight Islais Creek, which runs from the canyon and under the Burnside Mural+ wall, once a likely a hunting grounds for the Bay Area’s Native Americans, the Ramaytush Ohlone.

Had it not been for the political activism in the 1960s of local women, including one whose house nestles aside the wall, this area would have been turned into rubble to become a freeway.  Known as the “Gum Tree Girls,” the project will recognize these activists whose accomplishments are now enjoyed by thousands of picnickers, casual walkers, and serious hikers from San Francisco and beyond.

The idea of the mural and tile project was first presented in December 2020 to the Glen Park Association and is enjoying widespread interest and support.  It will evolve over two phases, the first for the mural and the second will be tiling the zigzag 69-step stairway rising above it.

Burnside Mural+ is a fiscally sponsored project of the San Francisco Parks Alliance.